Alvaro Quezada Hofflinger and I have built models to predict the risk of dropout at eight universities in Chile. The variables that most people worry about–such as low high school grades, low entrance exam scores, or being a “first-generation” student with poor or less educated parents–have surprisingly little predictive value. Predictions become much more accurate after we see how students perform during their first semester in college. Some predictive variables–such as whether a student received a fellowship or was admitted to their first choice major–are under universities’ control. 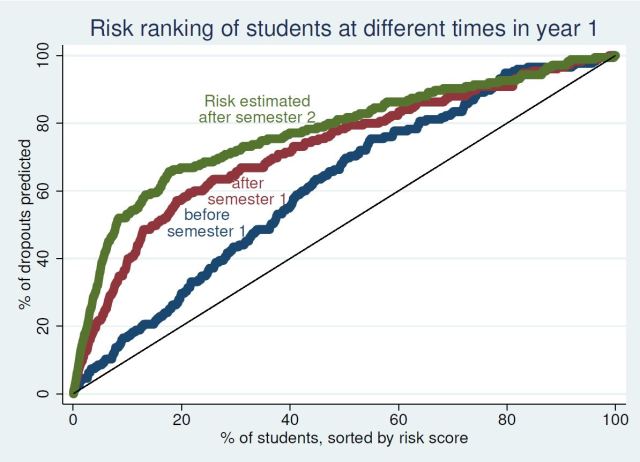 I have also blogged about the broad potential of predictive analytics in higher education: